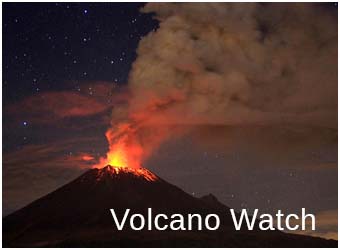 Are you awake to the Seth theory about volcanoes? A while back, during one of our Coast to Coast AM with George Noory interviews, Seth said something thought provoking. He was discussing the probabilities for Earth Changes in the coming year. He stated that there would be a dramatic increase in volcanic activity and that C2C listeners should be aware of it.
Seth was also talking to us personally in that instance. He was asking us to pay attention to our local volcano, Mount Konocti. He said that all volcanoes are connected in a network of lava flow from the center of the earth outward. As he said this, I got an image of the earth as a living being, with an internal network of flowing nutrients and other materials, much like the human or animal body. It was a brief image with an attached Feeling-Tone suggesting that volcanic eruptions coincide with the emotional expressions of humans and animals.
I also tied this in with an early comment Seth made to us about the weather in general. We were putting together the All That Is book and Seth mentioned that earth weather is an "emotional expression." Living beings express emotion, but so too does everything else. Rocks, air, Reality Constructs of all types express emotion. So this culmination of earthly "emotion" expresses itself as weather of various types. That's what weather IS, according to Seth.
Here's a link to Volcano Discovery, a website that lists all of the volcanoes on the planet that are currently erupting. It's fascinating. And if you see Mount Konocti on that list, could you please shoot me an eMail? Thanks! Volcano Discovery 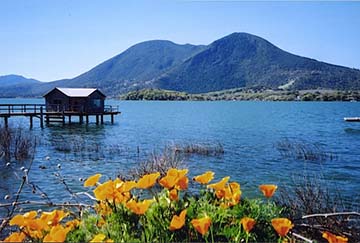