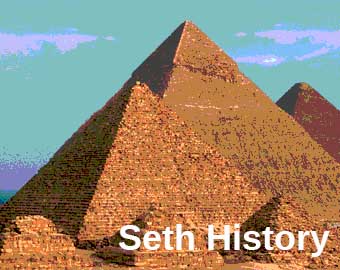 Seth is a metaphysical Entity who inhabits dimensions beyond our Third-Dimensional Reality. You could say that he resides in our future and from that unique perspective he can observe and comment with uncanny insight upon our activities here on Earth.
Seth is a Being of Light returning from the future to warn us of what lies ahead. He has a witty sense of humor. He can be very loving and compassionate. He is very prolific. He has written more than 15 books with Jane Roberts his First Subject, 1 book with his Second Subject Cas Smith and 11 books with his Third Subject Mark Allen Frost.
Above all, Seth is an advocate for humanity. In his works over several decades, he has reminded us of our inner truth: that we are gods and goddesses and we are responsible for the creation of not only our Personal Realities but for the consensus world reality.