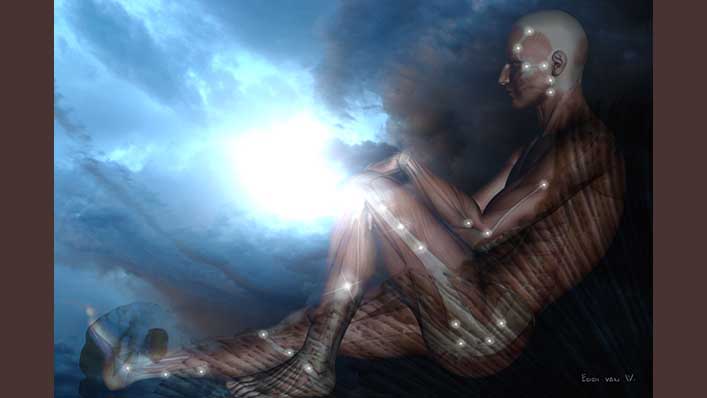 From where I stand, the notion of Star Origins that Seth has discussed in his new books with us, has been the most difficult to comprehend of all his theories. We are from the stars? Really? I could appreciate it intellectually, as a concept to turn over in my mind, for fun, as an interesting intellectual premise.
And this remains mostly true, even though long ago when I wrote the second book with Seth, The Next Chapter in the Evolution of the Soul, he helped me access the IGBOL (Intergalactic Brotherhood of Light) and have a short conversation with these "Star Beings." I guess I'm the type of personality that needs a certain amount of personal evidence to come to an informed awareness of these possibilities. And I think I've collected enough evidence to make a decision.
To read what I thought on the subject five years ago, go through this link or just continue to read comfortably at your leisure. :) of-the-stars.html

I suppose currently, like many of my peers, I am experiencing a belief Tipping Point, wherein, through my research on the internet and elsewhere, and also through my personal experiences in the Trance State with downloads of various kinds from Gestalts of Consciousness referring to themselves as "extra-dimensional", I am finding "proof" that these beings do exist. Indeed, lately I'm beginning to understand the seriousness of these assertions from Seth and others and how they are intimately connected to The Awakening of Humanity that Seth has predicted since 2002.

Consider this quote from our first book with Seth 2002, 911: The Unknown Reality of the World.
Most of you now come from the Atlantean civilization and are intimately tied to the beings of Sirius. Therefore it will be impossible for your scientists to trace the evolution of mankind until they open their eyes to the other dimensions of your experience.
Back then I might have responded with, "Well, which is it? Are we Star Beings? Are we Past Lives? Are we from Atlantis?" It was pretty confusing.

It only begins to make sense for me when I remind myself of Seth's concept of SimeTime: Everything that happens, does happen, NOW. This provides a rationale for my understanding of the potential and the possibility of being NOW, not merely the Mark Frost personality who writes these posts, but also, simultaneously, a Past Life in another era, or even a "life" lived within a distant Star System. Sirius? Yes I'm quite serious, but seriously though. :) Here's Seth with a fragment of a conversation from 12-9-19:
"All of your lives happen at once, you see, but you are required to live within a moment-to-moment Third Dimensional existence NOW. That is the nature of the Earthly life. This is obvious. What may not be obvious is the truth of your origins among the stars. For you live some of your lives in what we have called the Other Systems of Reality. These include lives lived within star systems of many different varieties."

I've been reading online what other channels and teachers are saying about The Awakening and what may be occurring in terms of our origins in the stars. One of the most interesting of these efforts, is the material from Kabamur, a man who identifies himself as representing the Pleiadians. You can find him at @kabamur_taygeta on Twitter.
You should check it out. If you do, you may discover, as I did, that the Awakening of Humanity, may actually be an awakening to our Star Origins. If that is the case, Seth has been preparing us for that event for 18 years. Talk to you later.